I Won Sheep(ish) #Yarn from @CathieFilian! 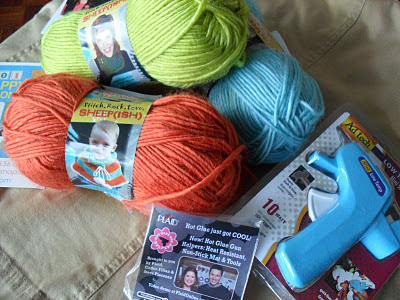 Well, it's been a long time coming, but I'm happy to finally blog this post!  Way back in June I entered a contest on Domestic in the City by Cathie Filian to win some of Vickie Howell's Sheep(ish) yarn. 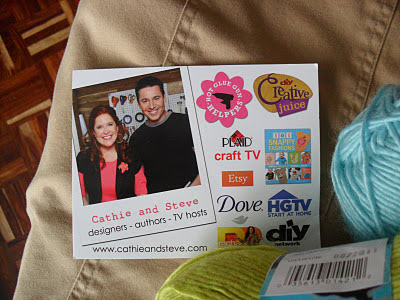 As you can see, I got the yarn and more!  Do you know about Cathie Filian? She's a creative powerhouse and media mogul. She's also the inventor of Hot Glue Gun Helpers, which is a brilliant product produced by Plaid.  Christine on Scraptime did a great review of them, and I've been obsessed ever since. 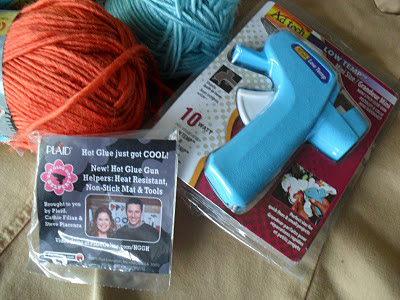 Cathie was kind enough to not only include the promised yarn, but also a sample from the Hot Glue Gun Helpers and a hot glue gun as well!  How very sweet and generous.

I've been eyeing the Sheep(ish) yarn but it hasn't found a project quite yet.  I'm thinking a child's hat is the way to go. I started a hat, but I frogged (disassembled and recovered the yarn from) it.  I tried combining it with a very lively variegated yarn, but it did NOT work.  I am finding Sheep(ish) to be lovely to work with!