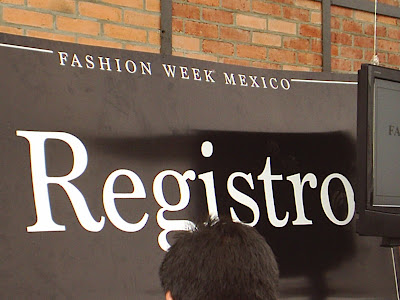 Through a new friend, I was able to get on the guest list for an actual fashion show for
Mexico City's Fashion Week! 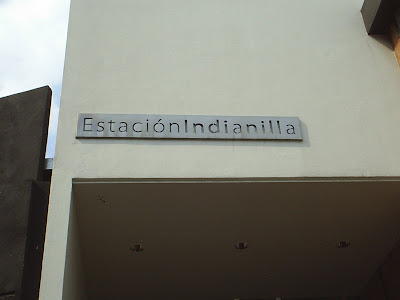 It was an entirely new experience for me. I didn't know what to expect.

I got there about an hour early for a show that started about 15 minutes late.
But it was all good.
I did a little "fashionista-watching" while I was waiting. 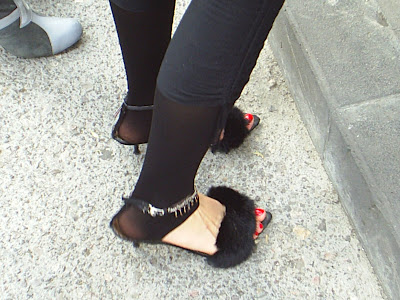 I was looking for celebrities.... 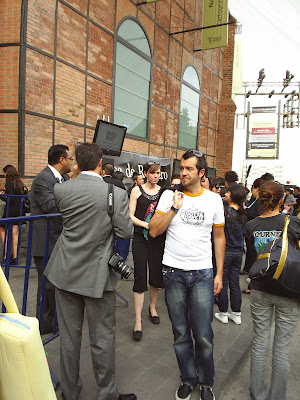 See any in this photo?^


Once I got past the velvet rope, I had to wait some more. 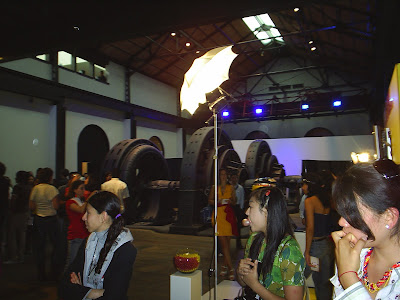 But I could have participated in a high-fashion ^ photo shoot
at the booth they had set up!

I decided against it. I was first in line to get into the venue.

Inside, the seating was on big steps that reminded me of high school bleachers. There were lots of young people there, and to my surprise, very few were glam. It was more like being backstage at a play, where the crew's in all black. The patrons were just in jeans, nothing special.

The show I attended was by T.E.M.O.R.E.S., a 21-year-old male designer from Mexico City. 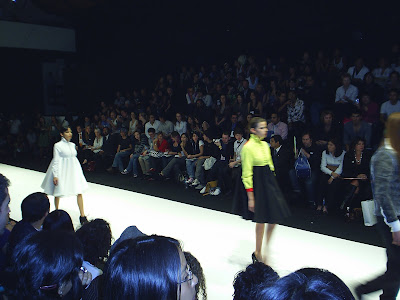 These were some of the more wearable silhouettes. 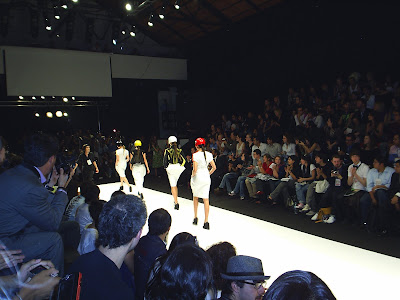 I was diggin the helmets. 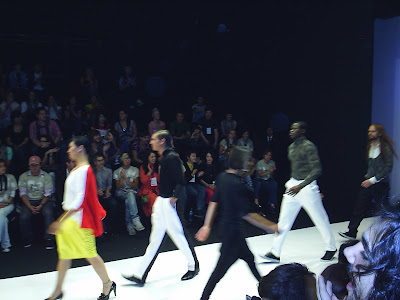 The menswear was a little more wearable. 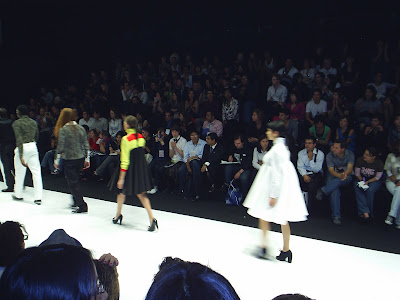 This white dress was my favorite. 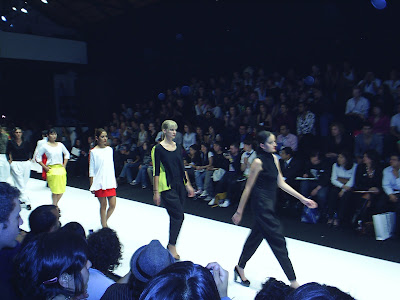 See that bump in the yellow skirt? It looked like a "tent in her pants". That theme was repeated throughout the show. I wasn't down with it. Interesting, tho...

All in all, it was an engaging show. The designer had a futuristic point of view. The themes that repeated were the use of volume, and speed-racer-like helmets. As a woman, I wouldn't be inclined to wear these clothes, for the most part, but some silhouettes would look great on very thin bodies.

Thanks to my new friend for hooking me up with this great opportunity!
Posted by Cami at 2:23:00 PM