Ashes and Snow
will change your life. 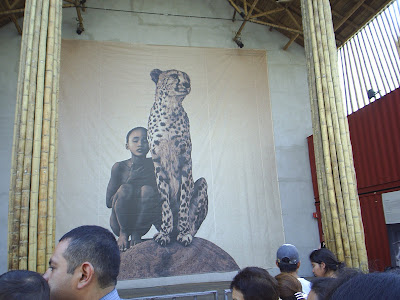 If you are ever within three hours of wherever this exhibit is, please promise me you'll go. My visit to the Zocalo in Mexico city was the third time I attended this exhibit, the first two times being when it was at Pier 54 in New York City. It was a most enlightening and overwhelming experience. The exhibit is free, and it is shown all over the world in what the artist, Gregory Colbert, has deemed the "nomadic museum". 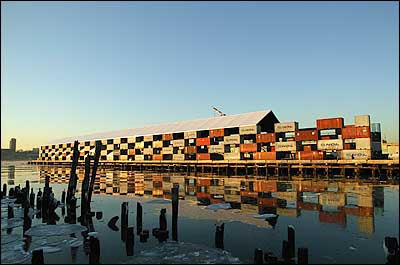 In NYC, the museum was actually built on the pier, so you could see the reflection of water inside of the makeshift building. The walls were made of shipping containers, with the ceiling held up with large, cardboard cylinders. As you walked down the long pier, on either side of you 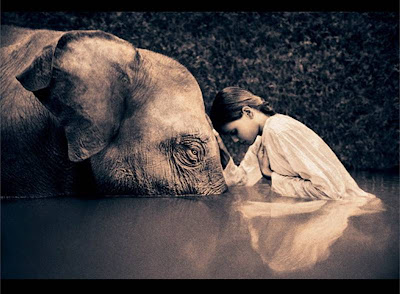 were gorgeous photos in sepia tones, hung from the high ceiling, suspended over white rocks. 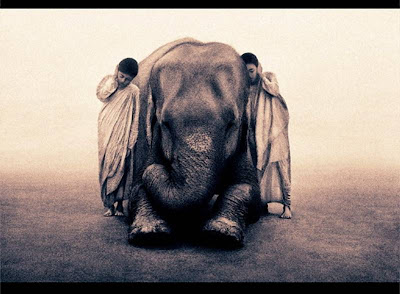 Each photo depicted a tender interaction between humans and animals.
On the extreme right and left sides, you could see the water underneath you from outside.
As you walked down the pier, you were drawn into a group watching an hour-long film, where you could see where some of the photos came from. 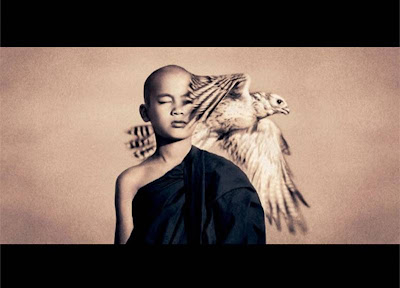 you could see the real respect between these humans and the animals.
I learned that the artist spent 12 years working on this project: gaining the trust of the animals, and filming over and over.

There was some true wisdom gained through it all, 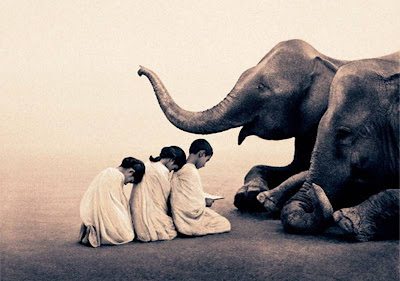 and the result was very spiritual.
The artist has also written several accompanying books. If I could have afforded them, they'd surely be in my collection.

An interesting side note: On my first trip to the exhibit in NYC, I actually saw and met the artist, Gregory Colbert. It was funny because I had just seen him on the television that morning. He was sort of hanging back, off to the side and observing people. (The exhibit wasn't very crowded that day.) He was accosted by these loud Long Island ladies who were asking him "how he got the idea for all of this!" He was very gracious to them. When I asked him to sign my ticket, he scribbled something really quick and walked off. He was really trying to be incognito. hehe!
The Mexico City exhibit was set up differently, as I'm sure each showing of the nomadic museum is. 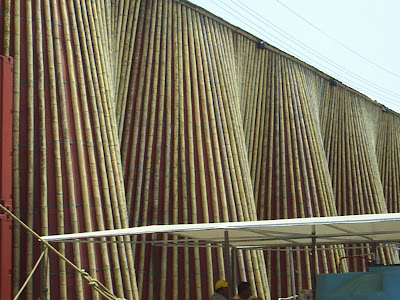 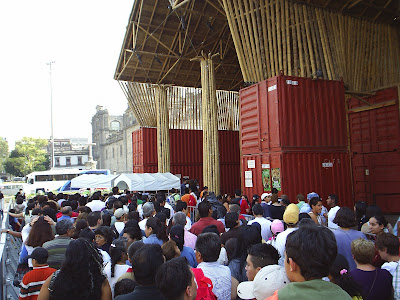 It was also much more crowded (which points to the fact that the people of Mexico City seem to be true appreciators of art.) The exhibit was actually extended due to an overwhelming local response. Unfortunately, it wasn't that popular in NYC. Most attendees had to wait at least three hours in the blazing sun to get in. Anticipating this, I arrived before the museum opened and only had to wait for 45 minutes!

In Mexico, instead of cardboard cylinders, the poles looked like what you see below, 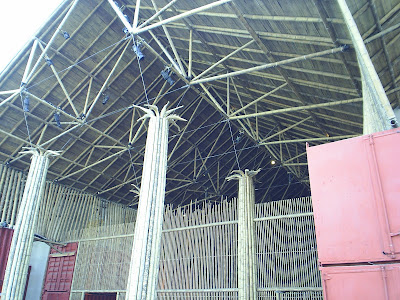 large bamboo sticks. I took this picture, because the tops of the poles
mirrored the hands of the orangutans that were featured in the first film haiku.
Instead of white rocks, the photos were hung over very still, dark water. Since there was no railing on the sides, at first I was a bit taken aback, because it seemed like they were hung over a deep pit of nothingness. Then I saw the reflections and realized it was water only a few inches deep. That was a very cool effect.

This is perhaps the most iconic image from the show. 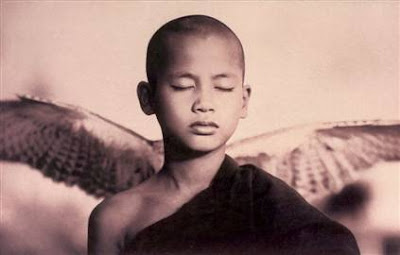 It's important to note that none of these photos are photo-shopped. The people and animals really were captured on film that way.

Instead of displaying all photos and leading into a full-length film, the photos were interspersed, and capped by a few 7-minute "film haiku." These were followed by more pictures. I realized the exhibit was in sort of a zig-zag pattern, finally leading to the full-length film.

For me, I felt that the exhibit was more effective in NYC for many reasons. For one, it was easier to imagine I was alone or in the world of the exhibit without so many people around. Also, I felt that the set up of the NYC show was much more powerful. However, it's completely inspiring that so many people got to see this show in Mexico City, over 8 million to be exact! I saw a lot of children and families there, so that was great. I was overjoyed to see it again and I hope to see it in other cities as well!

To learn more about the exhibit, and to see more pictures, please visit Ashes and Snow.

Photos from Cami, ashesandsnow.org, & nyc-architecture.com.
Posted by Cami at 3:52:00 PM