How to Turn a Christmas Card into a Valentine!

I got a large and beautiful Christmas card in the mail from a business I barely know!  The paper was so nice and the envelope was lined with beautiful red paper.  I instantly wanted to transform it into something else, and a valentine is what it became!

This tutorial is divided into three sections - making the card, embellishing the card, and making the envelope.  I did it this way because everyone's going to start with a different card that has different features.  Use whichever section(s) appeal to you!

Making the Card Base 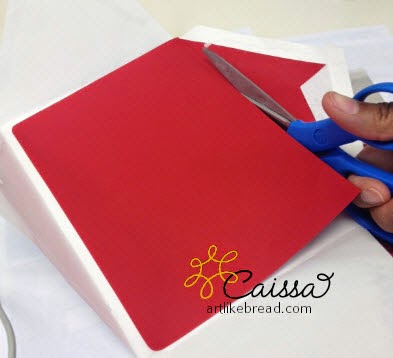 If your envelope has no liner,  you could choose the part of actual the card that is the blankest, cut it off, and fold that in half for your card base.

You can choose to round the corners like I did. 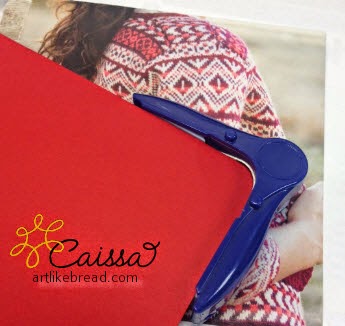 Carefully fold the card over, and you've got your basic card base! 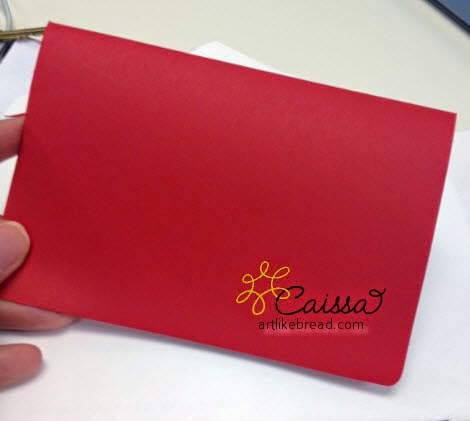 You can use it this way, but I chose to add a matte on the inside for the message.  To make this, I measured the card base and cut the matte in order to leave a border around the sides.  I rounded the corners of the matte, too! 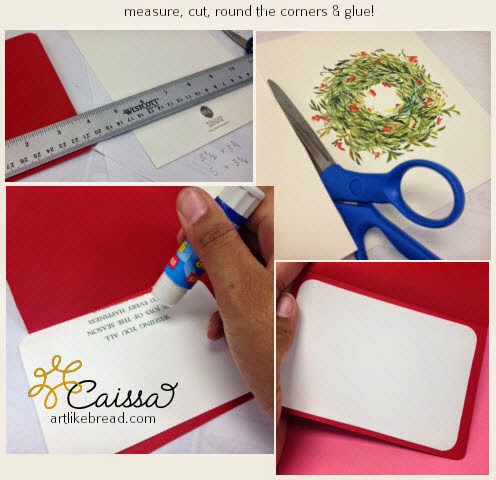 Now the card base is done.

Onward to decorate the front!


This is the part where I used scraps that I had on hand.  You can do whatever you want to decorate your card front! To make yours like mine, follow these steps: 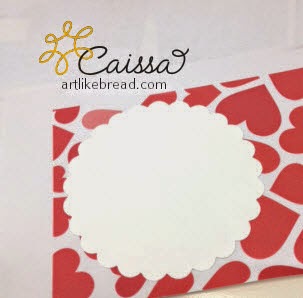 Layer a medium punched scallop on a scrap of this pretty heart background which prints out beautifully.  Glue it down!  You can download the file for free here. (link to 4 Vector Website-January 2015)  Trim around the corners with scissors to make a square shape. 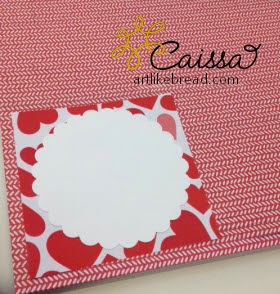 Next layer your square onto the corner of a coordinating paper.  Glue it down and then trim around the corner with scissors to make a square shape.

If you have a rubber stamp, you could stamp a greeting or image in the middle of your matte, but I decided to go with handwriting. 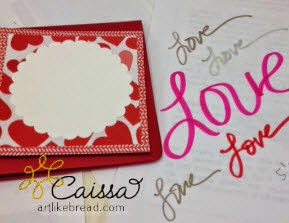 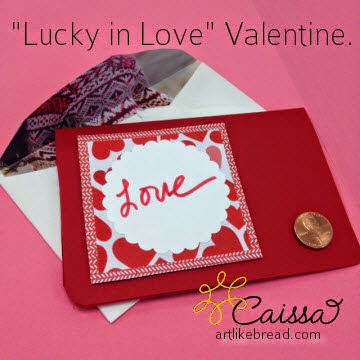 Now you've made the "Lucky in Love" card. 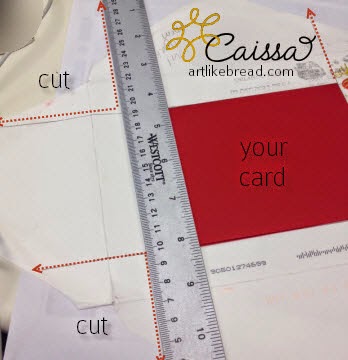 Place the card into the middle of the envelope.  You will probably need to size down the envelope.  Using a ruler, trace pencil lines horizontally and vertically.  When making these lines, leave a *teeny* bit of space between the card and the line on each side.  This will allow you to insert the card when you're done!  Using the pencil lines as guides, cut the indicated areas.  You will cut out four inverted corners.

Using the pencil lines as guides, fold up the bottom of the envelope.  Fold each side in.  Fold the top flap down. *Each of these sides will need trimming.* 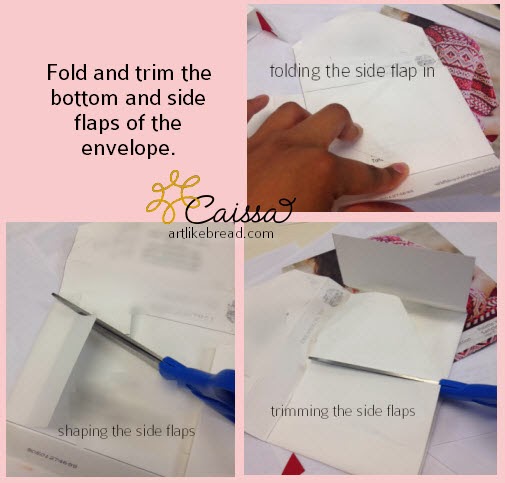 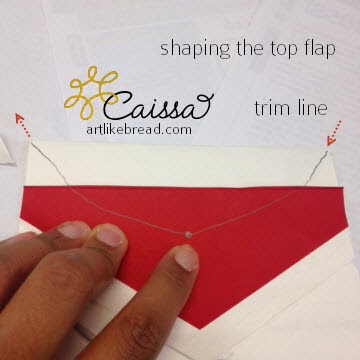 Fold all of the other flaps behind the envelope.  Place the envelope base with top flap on a tearsheet from a magazine.  Trace it, and cut out the envelope liner. 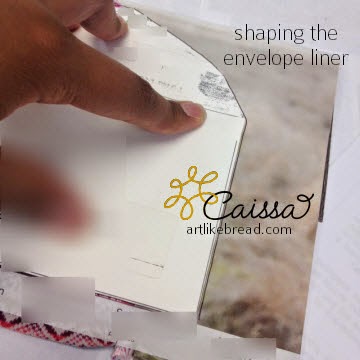 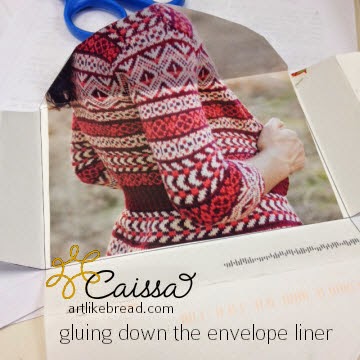 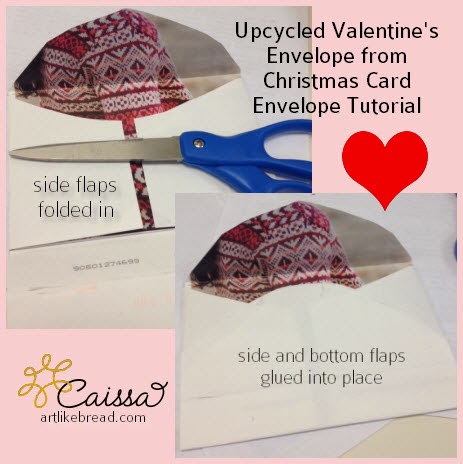 Onward to send the valentine to someone you love!


I would love to see any projects you make using these techniques.  If you have any questions about how to complete any of the steps, please let me know in the comments.

Feel free to share this project but please link back!
Posted by Cami at 7:00:00 PM